Skip to content
Commencing in 2013, Sonovia began its mission by fostering the global rights for development concerning a revolutionary sono-chemical coating methodology designed at the prestigious Bar Ilan Univeristy in Israel.  The company proceeded to establish material strategic partnerships and initiatives targeted to support its scale-up efforts; in pursuit of the noble objective to dramatically combat the transmission and impact of Hospital Acquired Infections globally.  Moreover, Sonovia presents a global solution to the textile industry in the form of its disruptive ultrasonic based, high performance, sustainable and cost competitive wet-processing application, by massively aiding in alleviating excess pollution and waste. The applications of the technology therefore have the potential to dramatically reduce the transmission of disease caused by bacteria, fungi and viruses as the mechanisms by which zinc oxide nano-particles acts are universally bio-active against all microbes Read all the exciting news about Sonovia’s unique pathogen potecting face masks: https://sonoviatech.com/news/ leon@kedma.ca

UET has discovered how to restore water to its natural balance without adding chemicals, and designed a revolutionary water treatment technology that works in all environments.

Any water passing through different processes changes its properties and will begin losing its natural equilibrium. Most water treatment methods try to resist or inhibit the minerals in order to solve water-related problems.
UET discovered that promoting only those minerals that are disruptive to the process can restore the natural mineral balance of the water. This is achieved by calculating the dynamic equilibrium curve for each water system and implementing it using an electrolysis system, designed according to unique algorithms, to balance the excess minerals in the correct proportions. Through UET’s unique electrochemical process, the water is returned to its equilibrium within the reaction chamber, leaving the entire water system free of deposits, corrosion and bio-contamination.

In each UET system, the supply water is passed through a series of reaction chambers which are configured to apply electrolysis in order to restore the supply water’s mineral balance to an optimum equilibrium. By applying DC voltage to electrodes in the chambers H+ and OH- ions are produced by partial electrolysis of the water. The addition of OH- ions promotes scale formation with the excess of ions Ca+2 and CO3-2 (Ca+2 + 2CO3-2 + OH- = CaCO3 + CO2 + H2O) in the chambers.

The addition of H+ ions produces biocides through the process of electro-chlorination, which eliminates bacteria and viruses in the water system. The electrolysis process also promotes oxidation and causes electrocoagulation and flocculation, which remove heavy metals from the water.

Since its birth in 1948, Israel has had to become very innovative in developing and managing its energy supply. This small nation has very few domestic energy supplies and is surrounded by enemies who blockaded the normal supply of energy. Despite the lack of local and nearby supplies, Israel has become self sufficient in developing and later exporting numerous energy technologies.

One of Israel’s ealy success stories was the creation of Chromagen, a solar hot water comany that is ubiquitous in Israel and hasbeen exported to the four corners of the planet. We represent Chromagen in Canada.

Israel has become a leader in the solar photovoltaic sector with many companies and technologies. Israel has developed particular expertise in the emerging field of CPV, concentrated photovoltaics.

EcoWave Power which generates renewable power through ocean waves built its first installation in the ancient Port of Jaffa just south of Israel’s Tel Aviv metropolis. Since then, EcoWave has grown to include a much larger wave energy project in Gibralter and won many prestigious international awards. We respresent EcoWave Power in Canada and are exploring opportunities on both Canada’s Atlantic and Pacific Coasts.

While it is important to be able to produce energy, conserving high value energy is equally important for Israel. 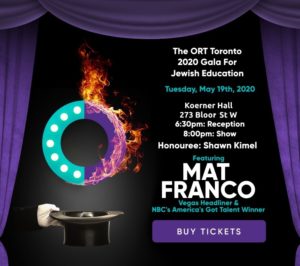 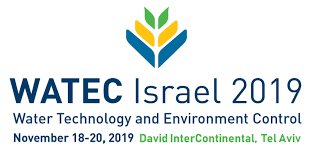 Over a decade of successful conventions, the global WATEC community has built and shared a growing body of important knowledge and showcased a range of revolutionary technologies and solutions.

WATEC 2019 will mark an exciting departure from previous conventions. Not only will you be kept up to date and well informed on developments and trends related to water and environmental management, but there will also be a strong focus on building important connections and networks that will allow for ongoing engagement and global co-operation.

This event is the ideal platform to maximise exposure, build diverse networks in the industry, remain on the cutting edge and catch up with old friends and colleagues.

Israel is often refrred to as “The Start Up Nation” due to its vibrant tecnology development ecosphere.

Isael has become a pioneer and leader in several areas of green technology including:

Kedma: Canada Israel Technology Exchange, was created in order to facilitate the introduction of advanced Israeli technologies into the Canadian Market.